Disclaimer: All product in this post is trade marked by their own company. We have no association with them. Product were captured as hobby. 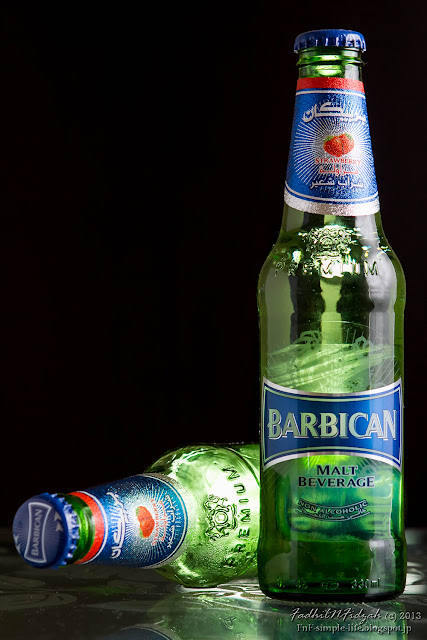 The Barbican is now officially one of my favorite soft drink. There are multitude of flavors but strawberry is my favorite.


Here how I shot the picture:

Every thing was set up in our back room. Particularly small but ample for photographing the Barbican. The full setup can be seen below. 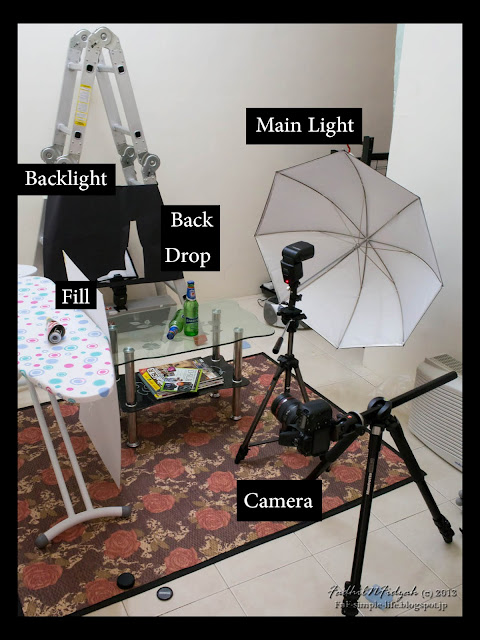 2 light and 1 fill card was used in this project. The main light is YN565EX attached with a 34" umbrella. It was set to camera right and feathered so that no light spill on the back ground. The 2nd light is the back light. The back light is made using 580EXII attached with the Rogue Flash Bender in softbox mode. It is placed behind the back drop and was elevated by the box as can be seen below. 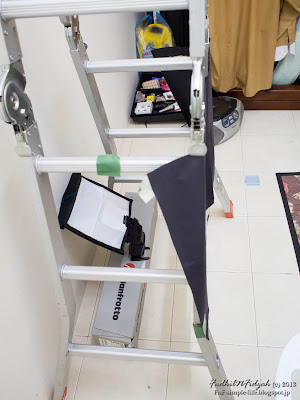 The backdrop was made using ordinary black paper sheet. I think it cost me only RM1.50/piece. The middle section of the backdrop was cut out to only let light in and only highlight the bottles as can be seen below. The final lighting is the fill. You can use another flash but I don't have anymore speed light. The only alternative is to bounce the main light. The fill will show some details in the left side of the picture. The fill consist only of a RM2.90 white cardboard with an iron board to stand it upright. The effect of the fill can be seen below. 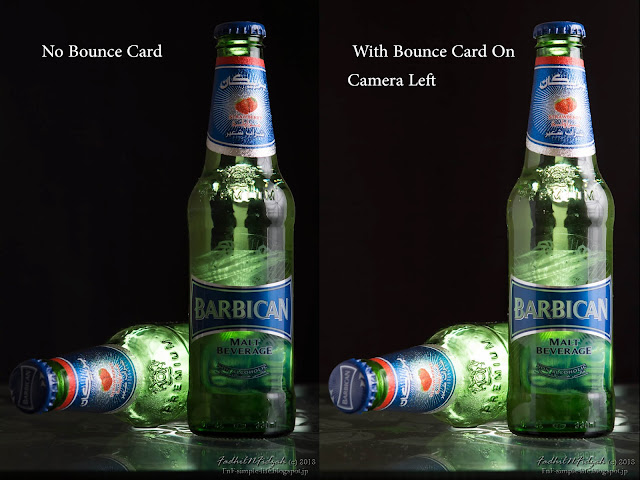 Oh ya. There is one more light source. Forgot about this one. This light is used to highlight the label 'BARBICAN'. As I have said before, no more speed light. Fill card? That will bounce light to the whole scene. I want only the label to be lighted. Flashlight is the only alternative here. With a cardboard funnel, the flashlight becomes a snoot. 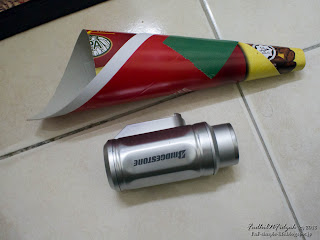 Now to trigger everything (except the flash light that is). Since 60D has an on-board commander via the popup flash, I used that. Both 580EXII and YN565EX was set to manual and dialed down to 1/64th power. The 60D is set to F/5.6, 1/250s (its sync speed) and ISO-100. At this setup, the light from the flash light could not be seen. I could dialed down the speed but then I would have to dial both speed light. Instead, I dialed up the ISO to ISO-400 which will enable the sensor to pickup some light from the flashlight but not the ambient.

There is another problem. When using the popup flash as means of triggering other speed light, there is a hint of unwanted highlight which I have circled red on the left bottom picture. I've checked the settings and the popup is only used to trigger and not to fill. To resolve this, I use my hand to bounce the popup flash to the wall so that the speed light can be triggered. Wallah, it works. 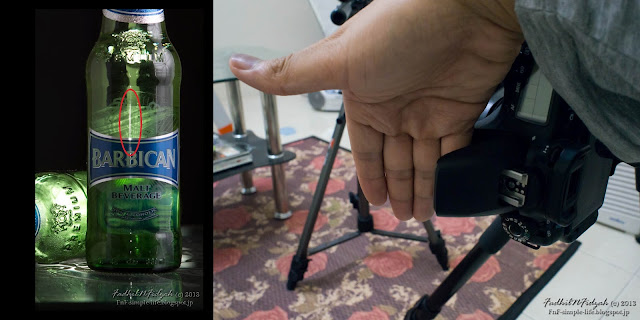 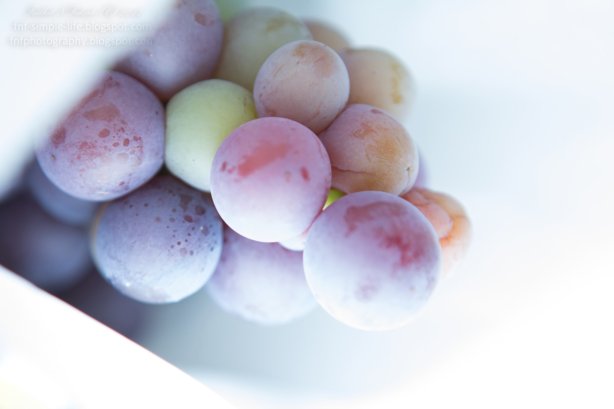 A day out to test and learn how to use the small DIY softbox made a week ago. The whole Malaysian community in Chiba (almost) had decided to go for budougari (grape picking in Japanese). This is the time for me to let out the DIY softbox from the closet. The grapes as a bunch is still smaller than the front panel of the DIY softbox.

The first on brunch grapes pictured above was actually not yet ripe. There were still the protective sheet around it. Making use of the DIY softbox placed to the right of the camera and very close to the protective sheet will make the whole rig as a huge softbox (compared to the grape). The light was all around the grapes as can be seen from the picture on top. This is one more how to use the DIY softbox in my lists. You could actually use a bare speedlite but still the outcome will not be the same... maybe...

Here is two more photos of the grapes but with only the DIY softbox. There were no protective sheet around the  grape but still quite a soft light.

The first picture was taken at 1/250s to make the background darker than the subject being taken. By carefully adjusting the flash and DIY softbox, the light spill is controlled from entering the background. Since the grape is it self is dark in color, the dark background does give some feeling to the picture. 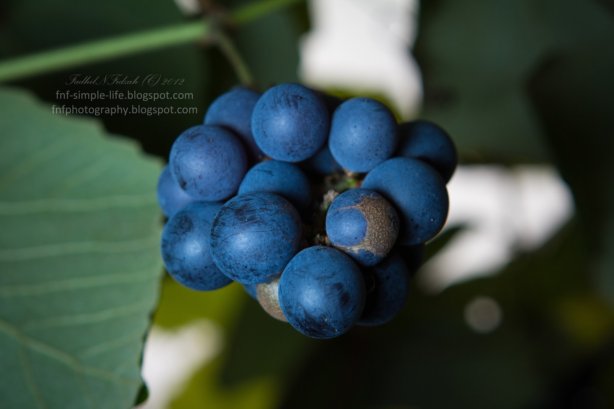 The second one was composed so that the background greenery could be pictured as well. Thus the shutter speed is drop down compared to the first picture at 1/60s. It does compliment the picture in MHO. 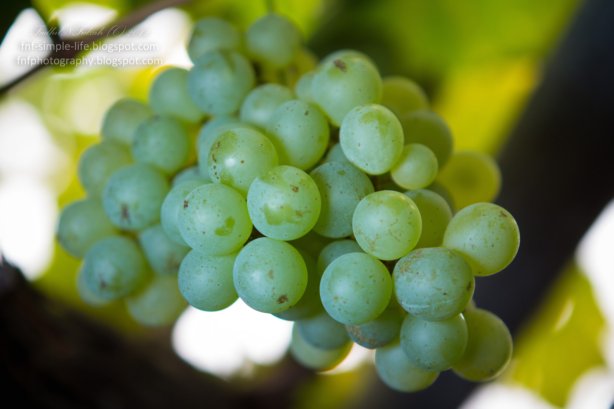